With a 3D printer you can print a variety of small objects, but some people are even experimenting with 3D printed houses.

It may seem that 3D printing is hot news, but it's not entirely true. 3D printing technologies were used in the mid-80s already to the creation of prototypes in many areas of production. But now the situation is different: 3D printing is cheaper and thus becomes widely available. And the 3D printers get significantly improved.

3D printing is commonly used to product prototypes, models of buildings, parts of the human body that can be used in surgery, but also for art and home wares. "3D printing is a technology that is moving rapidly into the state of acceptance," said three years ago Pete Basiliere from Gartner and recommended: "Businesses must constantly monitor developments in this area and to identify the moment when they can benefit from the 3D printing." And how he said, so it happened. Many companies actually diligently watched and monitored these technologies - and many of them use them today.

How does 3D printing work 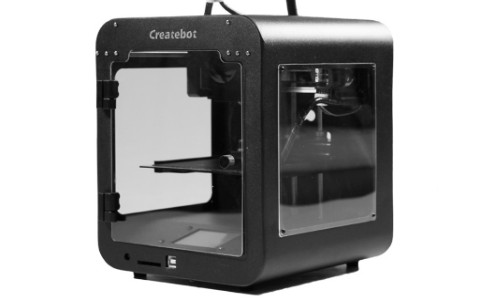 You can print in 3D in different ways. Most affordable 3D printers are currently using a thermoplastic material to create the printed objects. These so-called FDM printers use a plastic material which melts during printing and is applied layer by layer to form the resulting models. Their distinct disadvantage is that they offer just one color for one object - the whole 3D object is usually only a single color plastic thing.

Perhaps the only commonly used technology for color FDM 3D printing uses the approach, when there is combined more building materials of different colors, but you can't still get true colors and define easily how they will be used.

Relatively high hopes regarding the possibilities of use are dedicated to photopolymer printing. Liquid photopolymer is successively used for the final model, the material transformed to the solid state by using of ultraviolet radiation. If the polymer is colored by a corresponding colored pigment before it gets solid, then the resulting object could get colored exactly as you wish.

On the market there are a 3D printers creating objects using other materials as well: metal powder, glass powder, silica sand, gypsum and ceramics. Some of these materials can be easily colored during the process of printing (the sand is a good example) or after its completion. However, quality color 3D printers are still significantly more expensive than monochrome FDM models. 3D printing is commonly used to produce final products or prototypes of models in construction, industrial design, automotive, mechanical engineering, aviation, military, medicine, fashion, art, education and many others. Thanks to 3D printing it is possible to produce an accurate model of the future final product with much lower costs than using any older methods.

IDC analysts estimate that in coming years the 3D printing will - in the professional sphere - also help to shorten the time between product design and final production. It will also allow businesses to easily implement their own small batch production.

Regarding the home 3D printing IDC says the popularity of 3D printers will grow due to the falling prices of printers, but will continue to remain primarily the domain of modeling and DIY enthusiasts. On the internet you can find thousands of free downloadable 3D models of various objects, which anyone can download and print quite easily. So if someday in the future some really inexpensive and easy to use 3D printers are available, it may happen that people will ordinarily print 3D objects at home. It will be easier for them to print, for example, some replacement plastic parts or other simple products than to search for them in the market.